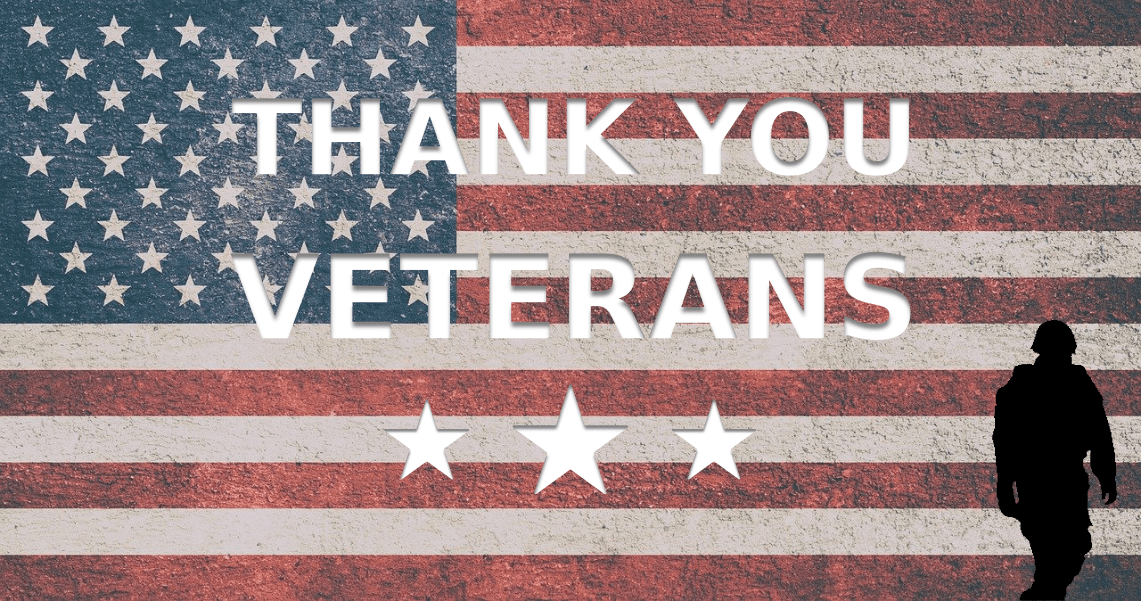 A Brief History of Veterans Day

Veterans Day gives us the opportunity to thank those who have sacrificed and bravely served in the U.S. military. November 11, 1918 was the official end to World War I (WWI), and the day in which Germany signed an armistice (a formal agreement between parties to stop fighting). It was also marked as a legal holiday to honor the end of WWI and officially named “Armistice Day”. In 1954, after World War II (WWII) and the Korean War ended, congress decided to change the designation from Armistice Day to Veterans Day to honor American veterans of all wars. As of 2001, the week of November 11 th – November 17 th , is designated as “National Veterans Awareness Week”.

Now, according to the Department of Veterans Affairs most Americans confuse Veterans Day with Memorial Day and vice versa… So, I will give a very brief explanation of both to clear up any confusion.

Below is a list of the current branches of the U.S. military and a brief description of history and missions the conduct. (Listed in order of establishment)

U.S. Army: Established on June 14, 1775. The Army is largest and the oldest of the military branches.

The primary function of the Army is to protect and defend the country with ground troops, armor, artillery, helicopters, and other weapons.

U.S. Navy: Established on October 13, 1775. The Navy is the second oldest military branch.

The primary function of the Navy is to maintain and protect U.S. interests at sea. The Navy also helps to supplement the Air Force with air power, deploys air craft carriers around the world, as well as submarines.

U.S. Coast Guard: Initially established as the Revenue Cutter Service on August 4, 1790 then, merged with the U.S. Life Saving Service to form the U.S. Coast Guard on January 28, 1915. The Coast Guard is the smallest military branch. The primary function of the Coast Guard is law enforcement, boating safety, sea rescue and illegal immigration control. Assets include ships, boats, aircraft, and shore stations that conduct a variety of missions.

U.S. Air Force: Established September 18, 1947. The Air Force is the newest of the military branches and started as a separate corps of the army. The primary mission of the Army Air Corps was to support Army ground forces via air. After WWII, the realization that air power had a huge impact on the outcome of the war prompted congress to establish the Air Force as a separate service.
The primary function of the Air Force is to defend the U.S. and its interests via air and space. They operate fighter crafts, tanker crafts, bomber crafts, transport aircrafts, and helicopters. The Air Force also, controls all military satellites and controls nuclear missiles.

Thank you for taking the time to find out why we celebrate Veterans Day and learning a bit about the country’s military history.

With that let’s celebrate our veterans and enjoy our day off!!!

SSU at the QS world MBA tour in San Diego

Any cookies that may not be particularly necessary for the website to function and is used specifically to collect user personal data via analytics, ads, other embedded contents are termed as non-necessary cookies. It is mandatory to procure user consent prior to running these cookies on your website.

SSU Students, Faculty & Staff
In full compliance with California Governor Gavin Newsom’s order just announced this evening requiring all California residents to stay home except for essential needs, Southern States University will immediately convert all administrative offices to operate remotely. This is consistent with classroom instruction already moved to online only effective with the spring quarter as authorized by our accreditor (ACICS), and in the case of international students studying on F-1 visas, by the Department of Homeland Security/Student and Exchange Visitor Program (SEVP).
Please know that even under these unusual and unpredictable circumstances, we are here to support our students, both educationally and personally. SSU faculty and administration can continue to be reached electronically via email, phone or Moodle.
Thank you for joining the State of California and SSU Administration in doing everything possible to keep us safe, while enabling our students to pursue and complete their educational goals.

Consistent with other accredited universities in California, Nevada and throughout the US, Southern States University will be converting all classroom instruction to online modality only effective with the start of Spring Quarter on April 6, 2020 (returning students in April 13, 2020). The current quarter will conclude as planned next week on March 21, 2020.

This action is being taken in response to the coronavirus pandemic in an effort to help contain the spread of the virus. For those students studying on F-1 visas, rest assured that the Student and Exchange Visitor Program (SEVP) has issued guidance enabling a full course of study to be delivered entirely online in response to this international health crisis. Your F-1 status will remain active with all classes delivered online.

Should any currently enrolled students need or wish to make arrangements to complete the current quarter remotely, please contact your instructors to make the necessary arrangements.

All SSU offices and services will remain open to serve our students. Our staff can be contacted as usual during business hours, including remotely, to address whatever needs you may have.

Lastly, please observe the precautions we are all being advised to take by the Centers for Disease Control & Prevention. Those include frequent hand washing (at least 20 seconds); limit physical contact with others such as handshakes or hugs and avoiding large crowds (including during spring break). For up-to-date information on the coronavirus, please see the C.D.C. website at this link:

Thank you all for doing your part in addressing this international health crisis.